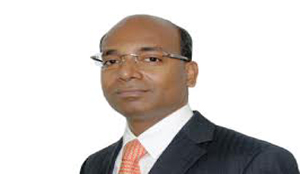 JANAKARAJ
By MAIMBOLWA MULIKELELA –
KONKOLA Copper Mines (KCM) PLC will invest KR1billion (US$200 million) in the Mimbula Open Pit Mine project, which is expected to generate 600 jobs for the local people.
KCM chief executive officer Jeyakumar Janakaraj said the mining firm will invest the $200 million in the project to increase the mine’s production capacity.
Addressing journalists in Lusaka on Tuesday, Mr Janakaraj said the pre feasibility studies have been completed and the firm was awaiting approval from the Zambia Environmental Management Agency (ZEMA).
Mr Janakaraj said mining at the Mimbula project was likely to commence in April next year, saying the project was expected to generate between 500 and 600 employment opportunities. 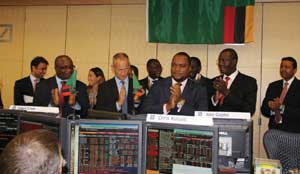 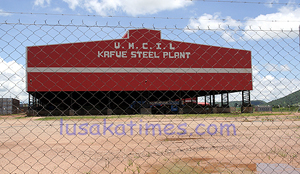 Boachsoft Finance 2012 software, developed in East Akyem Municipality (Akyem-Maase, Bunso) in the Eastern Region of Ghana and in Accra/Tema, is helping many families across the globe to balance the family budget, amortize loans and save for the future. This is just what you need.

(dot as in yahoo dot com)

Our lives begin to end the day we become silent about things that matter.