Lusaka, November 1, 2011-ZANIS-Premier Consult Limited Managing Consultant Oliver Saasa has praised President Michael Sata for considering to embrace the warm economic relationship that has continued to exist between Zambia and China.
Professor Saasa, a renowned economist says President Sata’s move to renew the country’s relationship with China is important because it is in the best interest of the majority Zambians.
He explained to ZANIS in an interview in Lusaka Tuesday that the two countries have continued to enjoy cordial relations since Zambia’s independence era and called on all Zambians to embrace President Sata’s move.
Professor Saasa said China had done a lot in terms of investment in the country and that many people have since benefited from that country’s investment.
He said there was need for Zambia to work closely with China because many countries were doing so especially that China was proving to be one of the world’s economic giant. 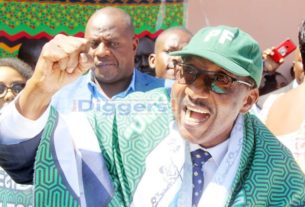 If this age is remembered for anything, it will perhaps be for the speed with which we embrace things and let them go.