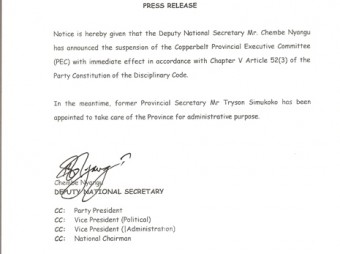 The MMD has suspended its Copperbelt Executive Committee.

Three weeks ago, the MMD on the Copperbelt driven by PF money passed a vote of no confidence in their president Nevers Mumba and demanded that the National Executive Committee (NEC) should dissolve immediately.

MMD chairpersons representing seven districts on the Copperbelt announced the resolution during a media briefing in Kitwe yesterday.

A new leadership team, the district leaders said, should be constituted to start on a fresh note.

District leaders from Chingola, Kalulushi, Chililabombwe, Chambishi, Mufulira and Kitwe said failure to dissolve the MMD NEC would prompt more than 900 members to resign from the former ruling party in 90 days. 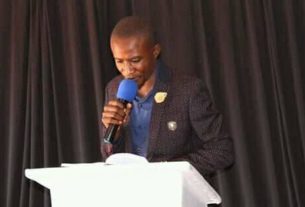 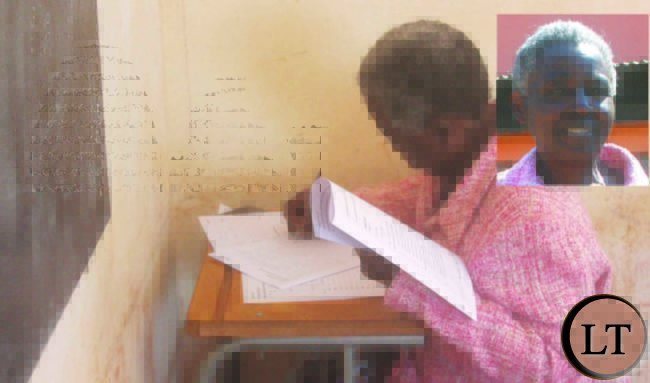