And Professional Teachers Union of Zambia has described the removal of Chinyama from her position as long overdue.

In a statement released in Lusaka yesterday, PTUZ general secretary Kangwa Musenga stated that the union was worried with the pace of educational reforms with Chinyama at the helm.

“We strongly believe that the President’s decision to remove her must serve as a warning that the current government wants proper direction in the way the Ministry of Education is run,” Musenga said.

He appealed to President Sata to appoint a seasoned civil servant to replace her.

Meanwhile, PTUZ has strongly condemned the suspension of its president Vincent Mwitumwa and provincial chairperson Fabian Chilala by Monze District Education Board Secretary. 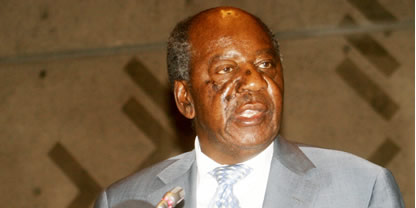 Don’t waste time and energy setting your hopes for your children higher than your example.