MMD information and publicity secretary Alfred Ndlovu says his party will survive because it has a survival kit.

And MMD national secretary Richard Kachingwe says his party is very confident of winning the Mufumbwe seat and was just worried with the level of corruption in the government.

Commenting on UNIP candidate in the Mufumbwe by-election Stephen Kamwendo who charged that although UNIP was voted out of government, MMD was going into the doldrums, Ndhlovu said the former ruling party would survive as an opposition because they had a survival kit to see them through many years.

“MMD has a survival kit which UNIP did not have. It is held in confidence and only we know the way we are going to survive. We have the courage that is needed to be in the opposition,” he said.

Ndlovu said unlike UNIP, the MMD had done a lot for Zambians.

“UNIP is different from the MMD and there is no way that the two can die together or do anything together. 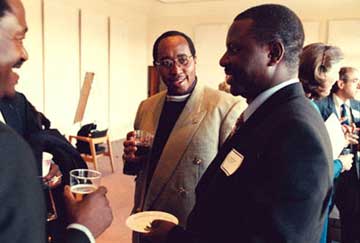 The only thing that interferes with my learning is my education.